Delay In Speech Or Language Development 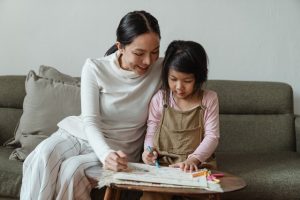 As with other developmental milestones and abilities, the age at which children learn language and begin to speak can vary. Knowing a few things about speech and language development can help parents know whether or not they should be concerned.

Signs of a speech or language delay

A baby who does not react to sound or who does not vocalize should be evaluated by a doctor as soon as possible. But it is often difficult for parents to know if their child is just taking longer to reach an developmental milestone in speech or language development or if he or she has a problem.

Causes of speech or language delays

A speech delay in a child can be due to:

These occur when there is a problem in the areas of the brain responsible for the production of speech. This makes it difficult for the child to coordinate lips, tongue, and jaw to make speech sounds. These children may have other oral-motor problems, such as feeding difficulties.